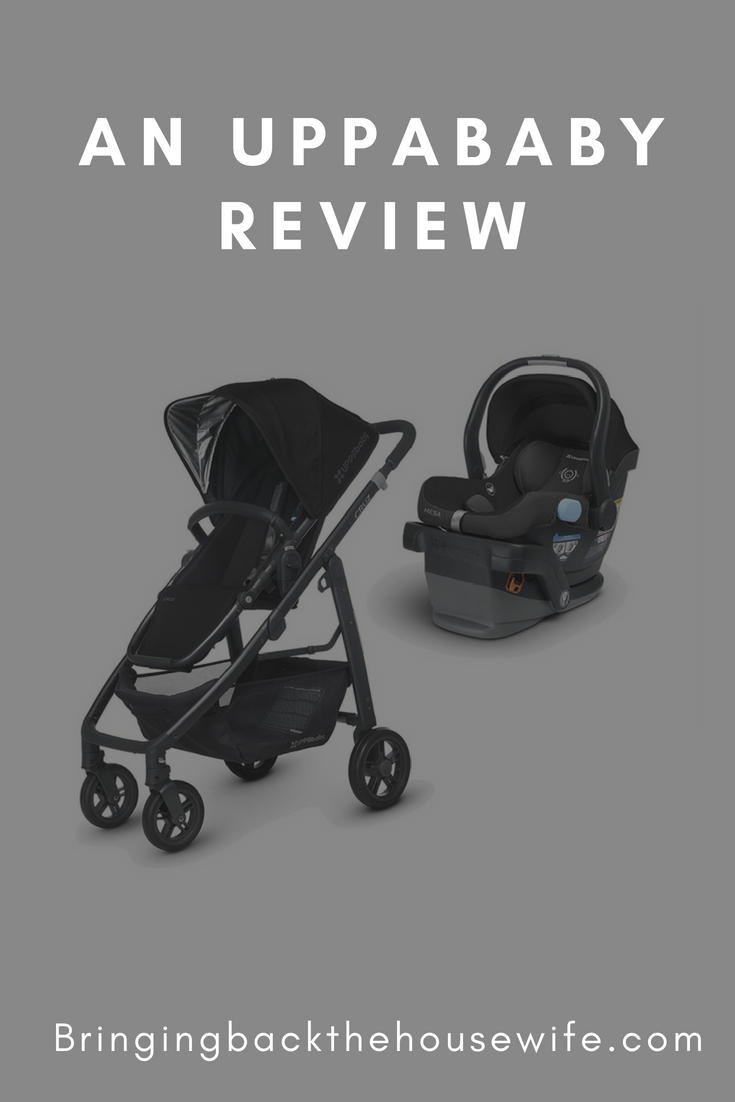 Picking out a car seat is one of the most pressure-filled decisions when shopping for a new baby. A car seat is one of the only baby products you MUST HAVE. You can not leave the hospital without one. There are many things to take into consideration when shopping for a car seat including safety, convenience, and price. I  have written up this UppaBaby Mesa review and UppaBaby Cruz review.

As an Amazon Associate I earn from qualifying purchases.

When picking out car seats and strollers we actually decided on a stroller first. It took us a while to settle on the UppaBaby Cruz. We looked at lots of different models from several different brands. My husband did all the initial research. (He’s great at researching gadgets and big-ticket items!) I told him my only three basic requirements for a stroller. 1. It had to be easy to collapse. 2. It had to be light enough that it would be easy to get in and out of the car. 3. It had to be compatible with whatever infant seat we got. Sure enough, the UppaBaby Cruz checked all those boxes! It also had some other amazing features!

The Cruz folds up flat in one step. You can even fold it up with the toddler seat attached! It also folds and can stand on its wheels which is so much easier than folding it flat on the ground and having to squat down to pick it up!

The basket on the Cruz is bigger than most of the other strollers we looked at. It was the perfect size for stashing a large diaper bag, purse, and everything else we carry around! I even grocery shopped with it occasionally.

Feature #3 Seat Can be Rear Facing and Forward Facing!

This is easily my favorite feature on the Cruz! You can click the infant seat (We have the UppaBaby Mesa Infant Seat, more on that later) or the toddler seat in either way! Rear facing is great when Baby is sleeping and you want to keep an eye on her! Forward facing is great on walks and trips when Baby wants to be able to look around at the world. From zero to six months I mostly preferred to have my daughter facing me but it was nice having both options!

My only big con with this stroller is the price tag. It’s definitely on the pricey side coming in at around $580! Gasp! We, however, weighed the pros and cons and did decide to bite the bullet on this purchase. But it definitely hurt our wallets. 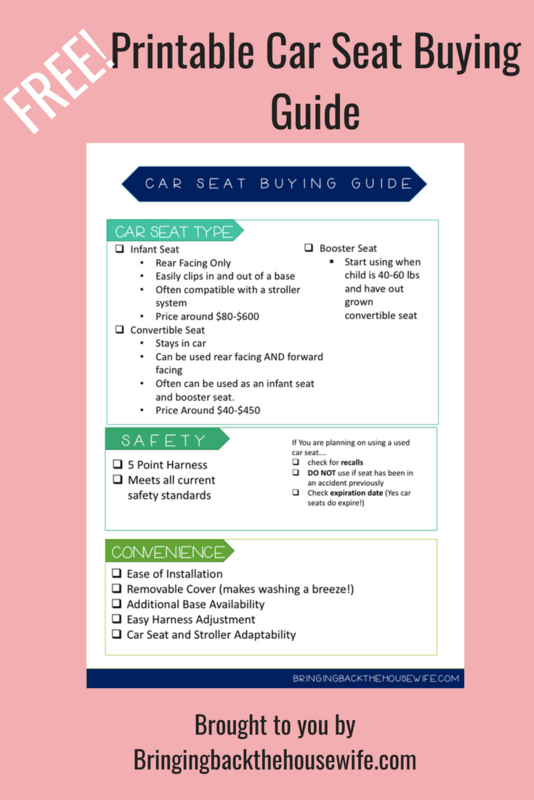 Success! Now check your email to confirm your subscription.

The Mesa has what’s called a “Smart Secure System.” This basically means that there is a little indicator on the base that changes from red to green to show that it’s installed correctly. Considering so many car seats are installed incorrectly this gave me great peace of mind!

The Mesa is also the first “naturally fire resistant” car seat. This means they use material that meets Federal Flammability requirements without having to add a fire retardant chemical. For those looking to reduce the use of unnecessary chemicals, this can be a huge bonus!

A final note on car seat safety. Any car seat that is sold in the United States has undergone thorough testing and has met federal child restraint safety standards. No one car seat you will buy is rated as any safer than any other car seat as long as it is installed correctly. Which brings me to the next category to consider when buying a car seat: convenience.

The Mesa has a 5 Star rating from the NHTSA. The NHTSA looks at 4 categories when handing out ratings: Evaluation of instructions, Evaluation of labels, Vehicle Installation features, Securing the child. 5 stars are the highest rating the NHTSA gives. While this rating doesn’t mean a car seat is any safer than any other car seat it does mean that the installation process is incredibly easy. Which in my book is super important!

The Mesa also has a no-rethread 5 point harness. This is AWESOME! As someone who used to be a nanny for twins I learned first hand what an absolute pain it is having to rethread a harness anytime, you need to wash the car seat or resize as the baby grows. The harness on the Mesa doesn’t have to be removed for cleaning or when adjusting for the size of the baby.

Speaking of cleaning, it is so easy to wash the cover on the Mesa. It just snaps off and can be thrown in the washing machine! This quickly became a huge plus for me because my daughter had frequent blowouts, and by frequent, I mean daily. I was super appreciative of the fact that I could easily wash the car seat cover.

One of my other favorite things about the Mesa is that it clips one handed out of the Cruz with a button at the top of the handle. This makes loading and unloading Baby from the car to the stroller and from the stroller to the car a piece of cake! The Mesa also unclips from its base super easy too!

#1 The Mesa is heavier than the Nuna Pipa. The Mesa is 9.9 pounds while the Nuna Pipa is only 7.7 pounds. This is a major con for me because it gets even heavier with a growing baby in it. I personally think the 2.2-pound difference is a lot!

#2 The Cost is high. When we bought the Mesa it cost $300. This is technically mid-range for a car seat as they can cost between $100 and $500. But I still think that’s a pretty hefty price tag. However, when we weighed all the pros and cons and like with the Cruz we did decide to purchase the Mesa.

Well there you have it. The good, the bad, and the ugly about the UppaBaby Mesa and UppaBaby Cruz. Hopefully my review will help you decide whether or not the UppaBaby Car Seat and Stroller System are for you!  You can buy the Cruz here, the Mesa here or you can buy them together here!

Looking for other ideas on what you need before baby comes? Check out my Baby Prep on a Budget Post!